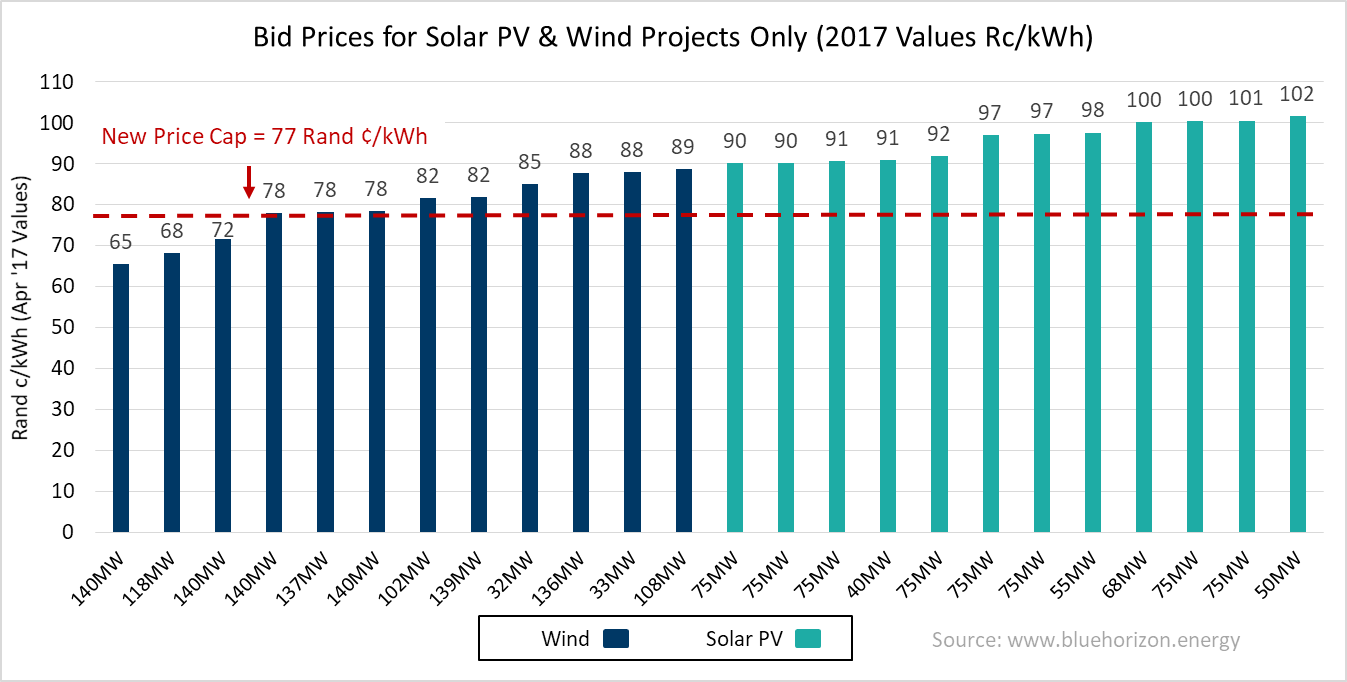 This is according to energy specialist, Chris Ahlfeldt, who believes that the new price caps will hurt some independent power producers (IPPs) more than others, while price renegotiations create new risks and challenges.

Earlier this month South Africa’s energy minister, Mmamoloko Kubayi, set a new deadline for the 2.3GW of delayed renewable energy PPAs from Round 4 power projects including a CSP project from Round 3.5.

The 27 utility-scale renewable energy projects consisting mainly of solar photovoltaic (PV) and wind projects, have been waiting for over two years on the national utility to sign the PPAs after being selected through a competitive auction process. As the sole off-taker of electricity from these projects, Eskom has been the main source of these delays.

The drop in technology costs for some solar PV and wind project components during the programme’s delay is a major driving factor for the price renegotiation.

Solar PV projects, for example, have experienced an average energy price decrease of ~24%/yr from 2010-2016. While these trends suggest future solar PV costs will continue to fall below the price cap, it’s difficult to estimate at what rate since fluctuations in global supply/demand of solar PV modules (the largest cost component) may change by the time the equipment is purchased by IPPs.

This decrease, however, is largely the result of bigger turbines both in rotor diameter and hub heights, which creates additional challenges for wind IPPs to take advantage of these improvements with existing environmental impact assessments (EIA) terms and engineering plans for smaller sized turbines. EIA and size amendments along with some re-engineering may therefore be required for some projects to meet the new price caps.

The point of an auction is to enable fair price competition between qualified IPPs that understand the true cost of building these projects.

While the delay was costly for the industry, this renegotiation also creates a risk for ratepayers if the Ministry of Energy locks in prices that significantly exceed the future market rate for new projects by COD in 2021.

IPPs are the most informed on past and future cost changes, so hopefully they’ll find a way to work with government on an approach that ensures a fair price for ratepayers, while getting the PPAs signed soon to prevent further delays.

A fair renegotiation should also take holistic account of other project costs that may have changed during the delay such as wages, EPC, local content premiums, and procurement delays while weighing this against other project benefits like job creation and enterprise development.

Even if the price renegotiation is legally possible and IPPs cooperate, it will be complicated and challenging to get it right by the end of next month.

To read the full article, which was published by ESI Africa on September 13th, 2017 please click on the following link: